Yes, I’m aware: wrong national holiday. You may remember back before Thanksgiving I was working hard to reach the magic total at the grocery store to earn my free turkey. Well thanks to my overstuffed freezer and the bottomless stomachs of the Youth Group kids, I managed to reach the threshold and took home my free bird. It has been taking up residence in my freezer since late November and then in my “prepare for a power outage” purge last week, I took it out…and then realized it needed to defrost, so it would probably thaw out around the same time the sidewalk does. The best laid plans…

Today I woke up and realized I’d better cook it today or it would end up in the “Katie left it in the fridge too long and it spoiled” column on my budget spreadsheet. What a damper that would put on my free turkey campaign. Now I’ve never cooked a turkey, allergen-filled or not, so I was expecting this to be an adventure. I read a few recipes and decided to create a concoction of my own that combined several non-allergenic ingredients from various recipes. As I worked away writing trimester exams and my math curriculum map, the house started to smell like Thanksgiving. 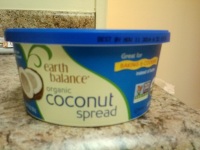 So tonight, for Presidents’ Day dinner, I saw down to a plate of delicious turkey. Of course there was broccoli too to balance it out. Not quite the same as a Thanksgiving feast…but still had the same sentiment as I realized just how much I have to be thankful for this weekend. Unexpected blessings: an unforeseen 5-day “snow”-cation (which I should note is exactly the same length as actual Thanksgiving break), a night on retreat with some pretty inspiring students, time spent with an old co-worker and her amazing friends and family as we celebrated the impending birth of her first child, word of an upcoming visit from another dear friend, a piece of exciting news I’ll save for a later date, a rerun of the “How I Met Your Mother” proposal episode… Yes, I must say despite the endless piles of snow outside and the ice patches which make walking a treacherous task, life is pretty good. In fact, I’m even grateful for the arduous task of writing my trimester exams because though it seems like with snow days and holidays, I couldn’t possibly have taught anything to these children, when I sat down and tried to address all the skills covered in one test, I was surprised by just how much we’ve managed to cover.

Now as President’s Day comes to a close, I’m packing away my excess turkey. If you live in the Baltimore area and find yourself in need of turkey in any form, you know who to call. You will have to provide your own gravy though…that’s out of my realm of safety. In the meantime, I’ll be eating turkey lettuce wraps, turkey sandwiches, turkey salads, etc…and probably sleeping a lot more if the tryptophan rumors turn out to be true.

What are you looking for?

I disappeared for awhile on here but there are some things that are just too exciting to keep to myself: @benandjerrys has certified gluten-free flavors, INCLUDING non-dairy Cherry Garcia. Thank you for the bright spot in 2020, @benandjerrys. #certifiedglutenfree #glutenfreedairyfree #benandjerrys #somuchjoy #icecreamisback #cherrygarcia🍒
You know it’s October 1st when the @nutpods winter collection box arrives...⁣☕️💕